Flyway 6.0.0 is out! This is the first full release by Redgate, and contains many new features and improvements over Flyway 5.2.4. This version also adds more features and fixes on top of the previous beta releases.

The highlights of the 6.0.0 release include:

You can find a detailed list of issues fixed in the release notes.

The SQL parser has been completely rebuilt from the ground up for better performance, lower memory consumption and vastly improved handling of some of the edge cases the old parser had been struggling with for years. This originally appeared in the 6.0.0-beta, and our early adopters’ experiences with it have helped us iron out some more edge cases. 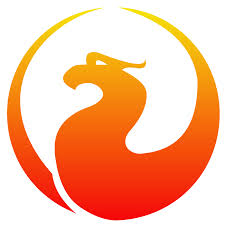 We now support the open-source Firebird database. Initially we will be supporting the current release, Firebird 3.0, and are testing against the beta builds of Firebird 4.0 so we’ll be ready when it is formally released. We decided not to support v2.5 straight away as it dates from 2010, point-release development stopped in Q2 2019, and it will be moved to end-of-life as soon as 4.0 is out. We’ll review how much demand there is for older versions again soon.

If you have a development team producing scripts in a number of environments, it’s quite possible that they will have different encodings – and be executed with invalid characters. We’ve enhanced the initial validation step so that if Flyway can reliably detect a problem, for example, if it is expecting a UTF-8 script and finds a windows-1252 file, it will stop and complain rather than doing something unexpected to the database.

Flyway Teams  If you are running migrations with SELECT statements that return a large amount of output, it can obscure the progress and outcome of the migrations as well as potentially filling up your log folders. We’ve added a new option outputQueryResults so that you can suppress this output if it’s not helpful to you.

We’ve enhanced the command-line output still further by automatically colouring errors red, warnings yellow and success messages green, making it even more clear how your migrations are progressing. This will happen whenever stdout is associated with a terminal.

There have been a lot of database releases since 5.2.4, and this is the first production release with support for:

We’ve now standardised on database versions being supported by both Community and Pro editions for five years since their release. The Enterprise edition provides ongoing support for older databases, for customers that require it.

You can download Flyway 6.0.0 now! All users are encouraged to upgrade.

Flyway is brought to you with  by the Redgate team: Julia Hayward, Alex Tercete, and Mikiel Agutu, with a lot of help from Axel Fontaine as well as the many contributors.

Now it’s your turn! Spread the word, follow @flywaydb on Twitter and subscribe to our newsletter below to be the first one to be notified about updates. We are already looking at what will appear in Flyway 6.1.0, and you can help us by giving a thumbs-up to existing feature requests in our Github Issues, or submitting a new issue yourself.

Get all the latest guides, community news, product updates, and resources