One evening of late 2009, Christian and I were cycling through Munich. We were chatting away about deployment automation. And then he suddenly he gave me the insight: database changes really should be deployed together with the application and executed on startup, so you never have to worry about them being out of sync ever again! And suddenly it all started to make sense! The seed was planted...

The idea grew and soon enough I had the first code working on personal projects. It felt great! It was simple, and still primitive, but already I could feel it solve a real problem that would made my life as a developer measurably better. It was a new level of comfort. And I was not willing to give it up!

When I took on my next consulting engagement, surely enough database schema upgrades had been a big thorn in the side of the team for ages. And so, it was time to step up and do something about it!

I extracted the code from my personal project and started refactoring. It evolved quickly. Next to the existing MySQL support, I added the necessary Oracle support. It was looking good. All that was needed now was a name and a home. 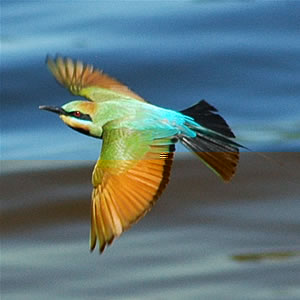 The quest for a name wasn't easy. I brainstormed long and hard, and finally it hit me! I turned to nature and one of the greatest shows on earth for answers: bird migration. All over the world migratory birds fly reliably over enormous distances, often crossing continents and entire oceans. This project would be named in honor their flight path: the Flyway!

And so exactly three years ago, on the 20th of April 2010, I registered the Google Code project, created a Mercurial repository and uploaded the first version. Flyway 0.0.1 was born!
(And yes, the sources are still available :-) )

The project has evolved tremendously since then! In these three years, support has been added for 7 more DBMSes, a Maven plugin, Ant tasks, a Command-line tool and much more. The code moved to Github and the website to Jekyll and Github pages. There is a dedicated StackOverflow tag and a Twitter account.

And the adoption has been tremendous! The project ranks #1 on Google worldwide. It has been blessed by a large number of fabulous contributors and an astonishing number of users.

Welcome to the Flyway blog! Subscribe to the feed. We are just getting started!