As I wrote in the anniversary post, Flyway's humble beginnings started on Google Code in 2010. It was the perfect fit. Within a few minutes we had:

It was looking great! Work could begin!

Over time, the project grew and grew and surely more and more pressure started to mount on the Google Code solution. We were starting to outgrow it in a number of areas. The first one where my pain limit was reached was the wiki. It really had two fundamental problems: it lacked both the layout flexibility I wanted and the offline editing capabilities I needed. It was time for a replacement.

With these requirements in mind, I then turned to one of my core values: keeping things simple. These would be the three pillars of the solution. I stumbled upon GitHub Pages and it was the perfect fit. Powered by both Git and Jekyll, it solved all my problems at once. It was simple, I could develop offline and I had all the layout flexibility I needed. We were in business! I registered the flywaydb.org domain and the flyway GitHub account. I then created the repository to back the website: https://github.com/flyway/flywaydb.org.

The Google Code exodus had begun!

And sure enough, by December last year the siren's song of a Git repository for the code had become too strong to resist. I created a second repository (https://github.com/flyway/flyway) and ran the migration script. Goodbye Mercurial, hello Git!

By now the Google Code heritage was feeling more of drag than anything else. GitHub had just ditched downloads, so that wasn't an option anymore. So I decided to simplify and move all binary downloads to Maven Central. Check. Done!

All that was left now was the issue tracker. This was a though decision however, as the win isn't as clear.
Google Code has some real advantages:

So what do you gain in return at GitHub?

So today, I decided to bite the bullet and sever the last tie to the old Google Code project. I figured this wouldn't be a big deal, as the code repository migration had been a breeze. I downloaded what seemed like the best maintained migration script and started it in dry-run mode. 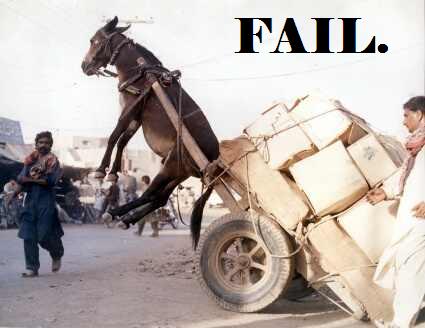 The script had happily ignored my dry-run setting and was creating issues all over the place!! All my hope for a quick and smooth migration vanished! And there was no turning back either! :-/

I have since been fixing things left and right. I believe things should be ok now. I apologise for the inconvenience as I am sure this will have caused some notification spam for some of you.

But the good thing is: this was a one-time action. So I can happily say:

Let's have a great time together on GitHub!